Blast from the Past: Nostalgia on social media

The world of social media is currently experiencing a collective sense of nostalgia, seeing an influx of content based on memories of decades gone by before global pandemics and the looming climate crisis – and big brands are jumping on the trend.

We can all agree that the last couple of years have been a pretty rough ride, especially for younger audiences missing out on all-important milestones of youth. Amongst other ways this has been broadcast to the world, social media has seen a rise in content wishing for simpler times before coronavirus, lockdowns, and social distancing. 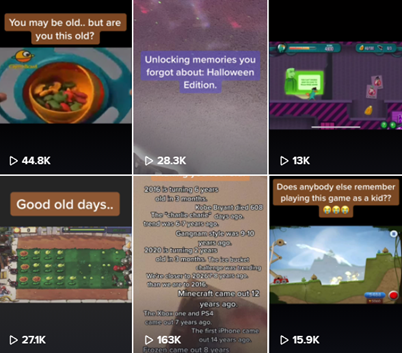 From trending TikTok accounts such @nostalgia__hub and @the_0ld_days reminiscing on grainy VHS footage of high school graduations from 2003, to popular Instagram accounts and viral YouTube videos analysing and discussing fashion trends and lifestyle aesthetics from the nineties and noughties, it is clear that users are feeling a collective yearning for the past and a sense of normality in increasingly turbulent times. 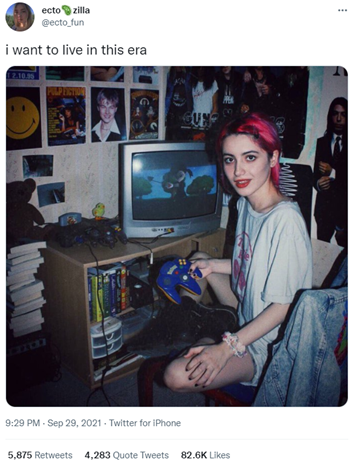 Following quickly behind, as usual, companies have picked up on this sentiment and run with it.

In an increasingly common strategy known as ‘nostalgia marketing,’ corporations have been pitching more and more products to evoke feelings of familiarity and comfort from the past. In the last week alone, Adidas has released Xbox 20th Anniversary Sneakers, complete with an advertising trailer and soundtrack that transports you back to 2001; Giant wand statues have been raised in Leicester Square to joy of adoring fans celebrating 20 years since the release of Harry Potter And The Philosopher’s Stone; The Daily Mail carried a story on a man obsessed with the 1990s, transforming his home into a time capsule. The list goes on and on and doesn’t scratch the surface of the endless remakes and remasters of popular films, games, and other content from yesteryear. 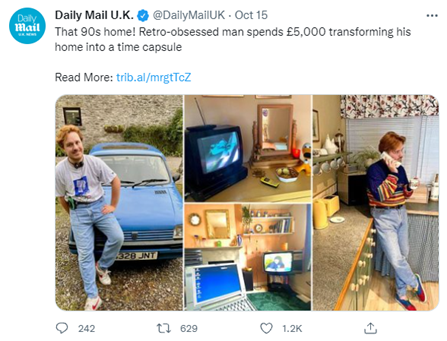 Perhaps the most notable example of this was Nokia’s announcement that it is releasing a remastered version of the classic ‘brick phone’ for its 20th anniversary. Demonstrating a clear shift away from products dominating the market, Nokia has embraced calls for simpler, nostalgic designs of its past in an industry hell-bent on innovation, connectivity, and holding your attention. Ironically, this news also comes days before Apple’s October event and Google’s Pixel Fall Launch.

As time goes on, and we find ourselves moving out of the limitations brought on because of COVID-19, it will be interesting to see how this trend progresses online: will big brands cast this nostalgic feeling aside as they stride towards the future, or will they continue to grasp to the past?