Branded pollution and the #dirtydozen: turning off the plastic tap

The IPCC’s “code red for humanity” report makes for some bleak reading and is a stark (and necessary) reminder that we are on the brink of a global climate catastrophe, unless we immediately action plans for the future of our planet. While companies worry about their ESG ratings, the report highlights real need for change over and above an investment strategy.

As we turn to world leaders and the upcoming COP26 for drastic action, marine conservation charity, Surfers Against Sewage (SAS) has also released its 2021 brand audit report in an aim to drive corporate behaviour change, firmly putting plastic pollution back on the agenda.

The report sheds light on 12 companies responsible for 65% of branded packaging pollution in the UK. For all that these companies have made movements towards sustainability, it feels disappointingly predictable to find a host of well-known household names in there.

Many of the companies, including Coca Cola – who are reportedly responsible for 33% of branded pollution – have repeatedly received criticism on social media for claims of greenwashing with recycling solutions.

Now, more so than ever, companies need to be extremely careful about the ethical image they put out, and how they are perceived online. How a company chooses to interact with our environment will rapidly draw attention.

Greenpeace has been nipping at the heels of big brands for some time, recently targetting supermarkets buying from companies linked with illegal fires in the Amazon rainforest. And research has consistently found that consumers will boycott, or switch brands, based on environmental policies.

In today’s increasingly globalised world, companies need to remember that information has never been so freely available; and with environmental issues firmly in the minds of the consumer, brand reputation has never been so crucial. In the age of social media, a boycott on Twitter and Tik Tok can blow up in an instant and be extremely costly.

Demands for a more circular economy, including a fully working deposit return scheme, are popular and widely campaigned for in the UK, but continuing delays, which will take the country well into 2024 (and July 2022 in Scotland) leave the door open to ongoing pollution.

This delay means that between now and the current start of the scheme, we risk somewhere in the region of 24 billion containers (bottles, cartons and the like) ending up in landfill or our oceans. Inadequacies in current systems of reclamation, paired with a widespread lack of kerbside recycling, and concerns about continued blame placed on the individual have meant that time and time again, companies are finding themselves in the firing line.

Never have calls for brands to address these issues been more urgent, and never has the very real chance of polluting their ethical reputation felt more significant. 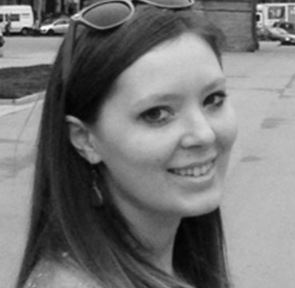 Find out more about how Social360 can help you manage your online reputation.