Gone, and soon to be forgotten?

After a particularly turbulent couple of weeks to round off a consistently turbulent presidency, Donald Trump has left the White House. And in the end, he left a lot more quietly than anyone would have predicted.

Following the shocking events at the Capitol a few weeks ago, Trump was handed a lifetime ban from Twitter, whilst Facebook Instagram and YouTube have followed suit with their own temporary bans. Social media has lost its biggest standard bearer.

And as he handed over the Presidency, social media users filled his void with posts of their own. Reaction across the globe to Trump’s last day in office was been loud and often funny, as swathes of people share their opinions on the departing President with gusto. Greta Thunberg used sarcasm. No one can deny the success of Trump’s harnessing – and arguably reinvention – of the social media landscape over the last four years. He tweeted over 34,000 times during that time before being shut down, and the @realdonaldtrump Twitter handle amassed 88.7 million followers. His attempts to dominate media discussion were without doubt effective.

Social360’s data shows coverage of Trump and Biden over the past six months, with the results speaking for themselves. Trump’s aggressive “there’s no such thing as bad publicity” social media strategy really did work with Biden only gaining more coverage onwards from the point of inauguration. Even when Trump was banned from various platforms, and therefore lost one of his biggest avenues to generate discussion around him, this had no discernible effect on the proportion of coverage he received. Ironically, the news of his bans meant yet more coverage for the departing President.

Trump’s outrageous behaviour and audacious, frequent posts on social media mean it’s very tempting to focus on him. One analysis of 50,000 news stories from US sources found that from September to October, Trump enjoyed more than double the media coverage that Biden received. However the data is showing a change in focus now that he has departed. Trump may have walked  away from the White House confident that he was still the name on everyone’s lips but without his personal social media platforms to pontificate and threaten, it seems the world may be turning its back on his noise.

With a growth of nearly a million followers on Twitter in a week, and hundreds of thousands of followers and likes on Facebook and Instagram, Biden’s social media popularity is undeniably on the rise. And it seems he and Kamala Harris are being discussed in their own right, and not just because they are not Trump.

Joe Biden is moving quickly to undo the work of the previous administration and he also seems to be chipping away at the gap in online coverage between him and Trump. His approach is different, showing humour and humility and only time will tell if this is a strategy that keeps his profile as high as his predecessor 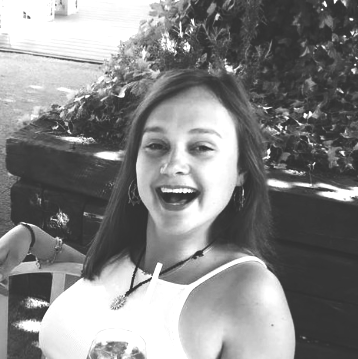