Is Nike exploiting civil rights for their own brand gain?

Nike’s recent campaign has certainly ignited global discussion, with social media as ever leading the charge. But are the corporate giant’s tactics just another way of reaching their target?

When Nike revealed its new campaign stating, “Believe in something, even if it means sacrificing everything”, the inevitable discussion and criticism raged.

Using Colin Kaepernick – the “quarterback-turned-activist” – as the face of the company’s 30th anniversary “Just do it” ad was as divisive as Nike no doubt intended.

Colin Kaepernick and Nike have been mentioned almost 9k+ times over the past week by our database of influencers – giving just a representation of how much universal conversation has taken place.

Nike publicised its official ad on Twitter, seeing more than 35.2 million views and more than 700k interactions. Colin Kaepernick himself posted the ad across his platforms, gathering more than 1 million likes and almost 3 million views on Instagram. 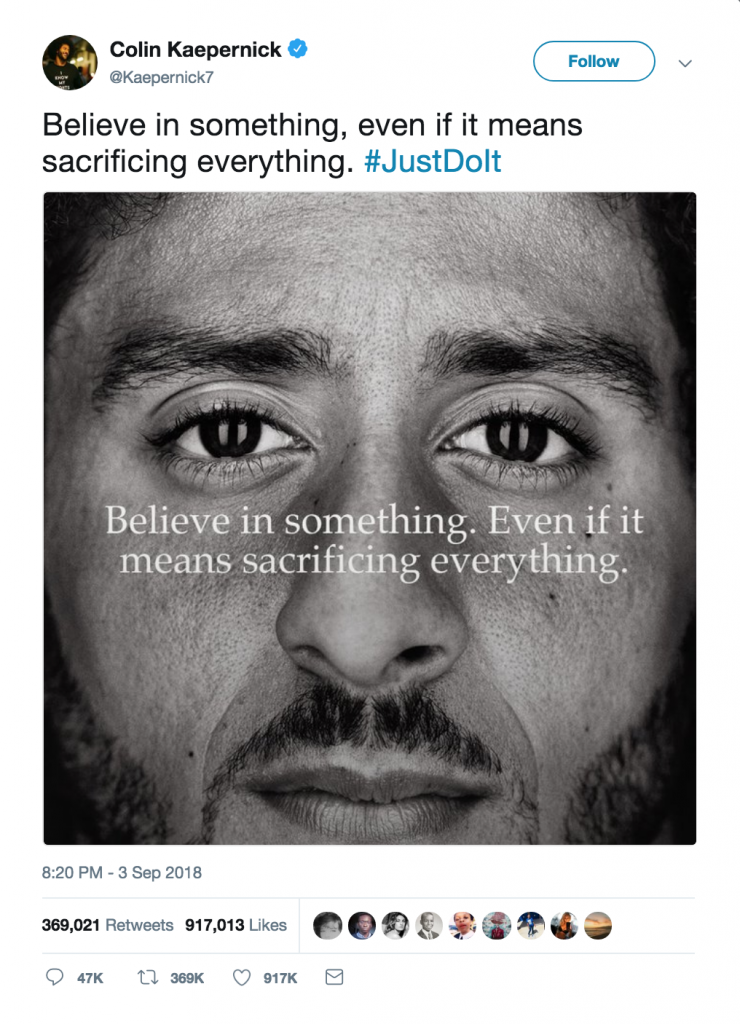 And with it came the publicity that Nike could so easily have predicted.

Of the voices to strongly criticise the ad of course Donald Trump stands in pole position. 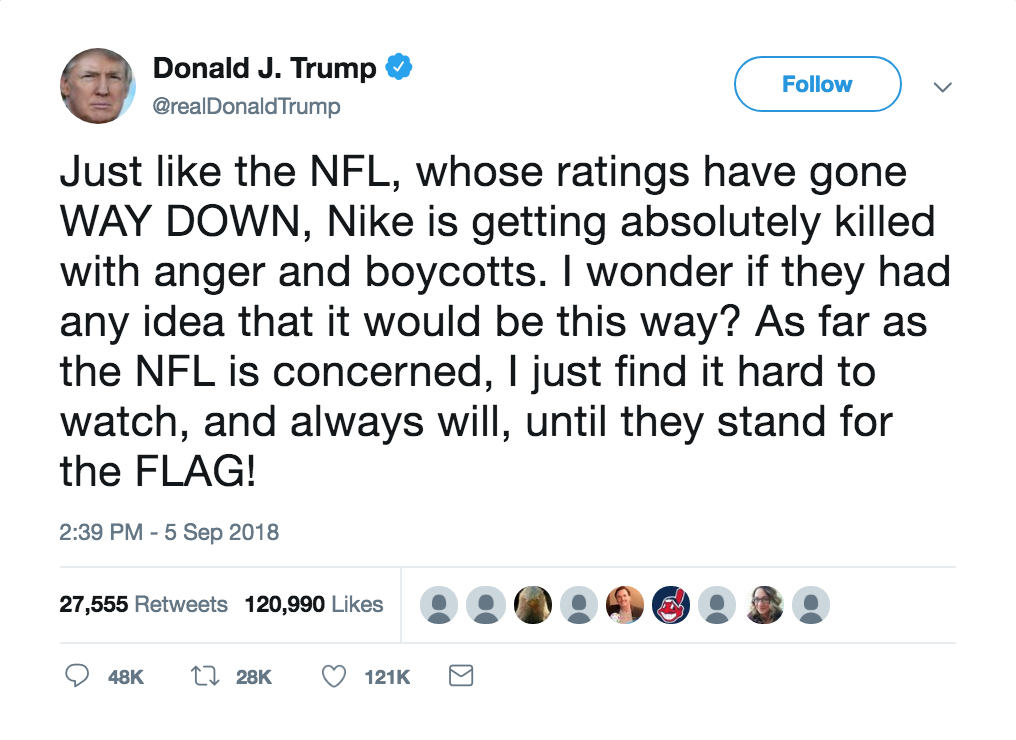 Protests against the brand ensued, with the Louisiana city mayor banning Nike products from booster clubs, the hashtag #boycottnike trending and campaigners describing the brand as “un-American”.

Many are also arguing Nike is exploiting Kaepernick’s standpoint for their own gain. Does the company really care about civil rights, or is it an irrelevance in the eternal pursuit of profilt – it is, after all, a company with a dark association with labour sweatshops.

US journalist Ben Ferguson is one of many voices who don’t forget Nike’s history and see the giant’s new ad as a hypocritical choice made solely for its own gains. 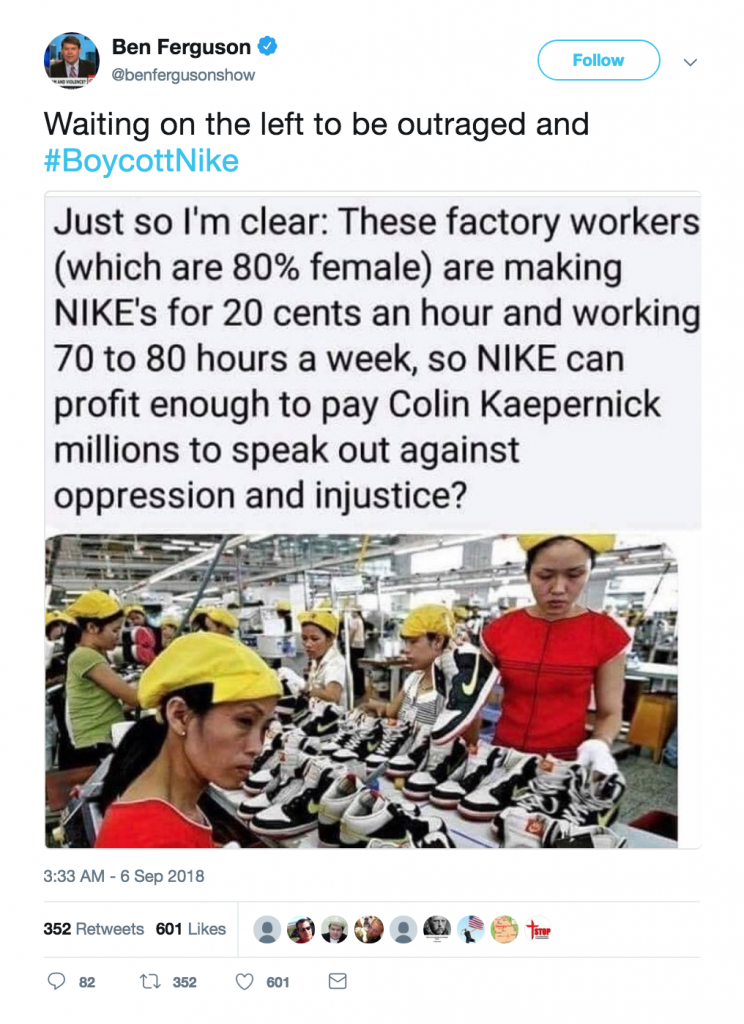 For a brand such as Nike is, which is not known to conform to mainstream strategies, its latest “Just Do It” campaign is no exception. The Hill may be right when it quotes “Nike doesn’t care if you hate Kaepernick — you’re not its target!” 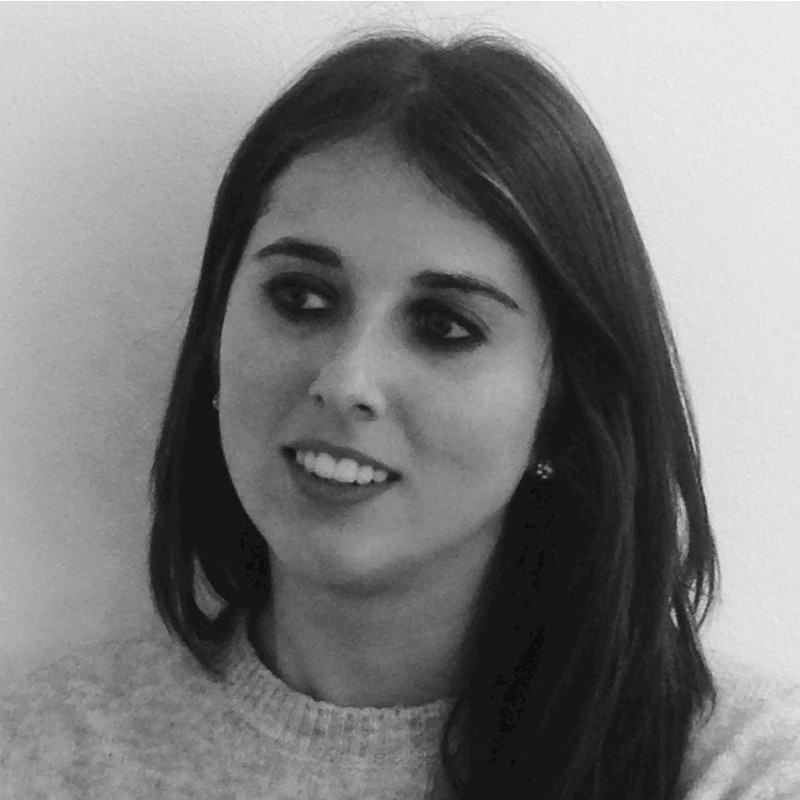