Social Media and the Arrest of Andrew Tate

Following his public Twitter spat with Greta Thunberg, Andrew Tate has been detained in Romania for suspicion of human trafficking and rape.

Tate, a controversial online influencer banned from other platforms like Facebook and Instagram, addressed prominent environmental activist Greta Thunberg in a tweet boasting about the emissions of his car collection. Thunberg’s response, now at 3.3 million likes and growing, read “email me at smalld**kenergy@getalife.com”. 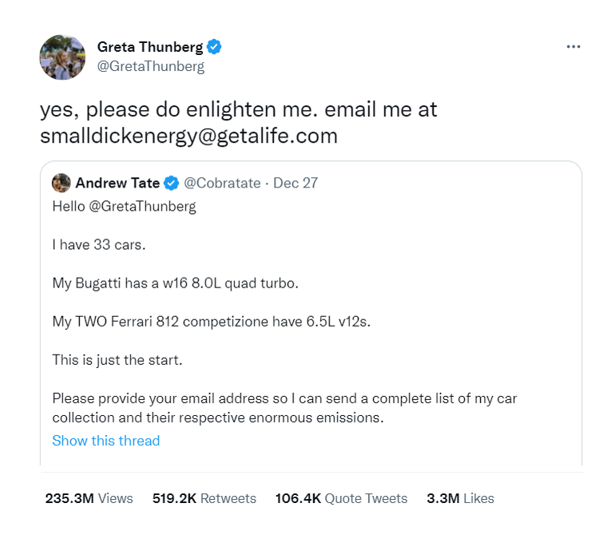 Tate then responded in a video garnering only 238k likes, telling Thunberg to “get a life” and refusing to recycle the pizza boxes used in the video. A number of users have suggested that these boxes were supposedly used by Romanian police to identify Tate’s location, leading to his arrest. This prompted another viral moment from Thunberg:

The response and reaction to Tate’s arrest has come quick and fast from prominent media personalities and sources, delivering a memorable social media moment to end the year. Here’s how a number of popular users in the social media world reacted to the news: 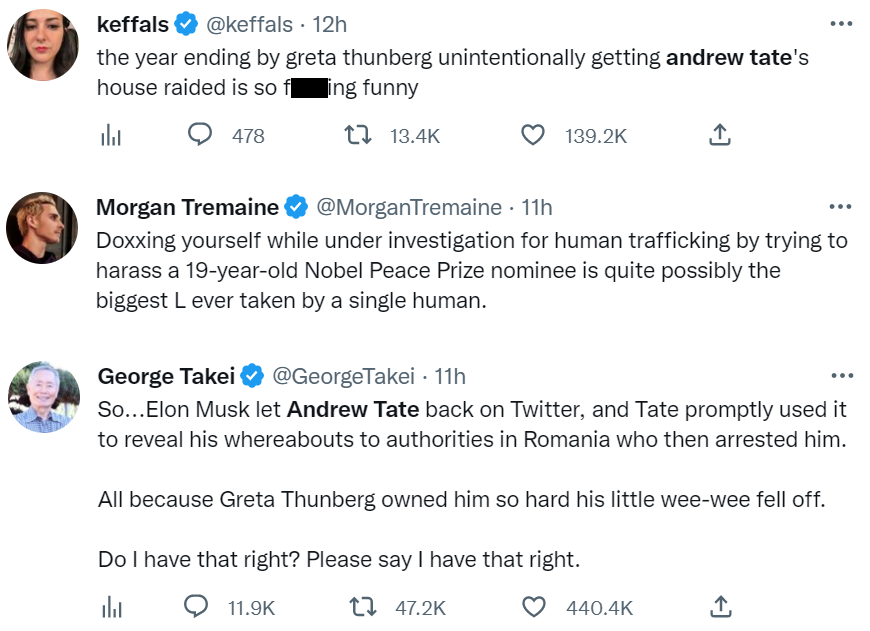 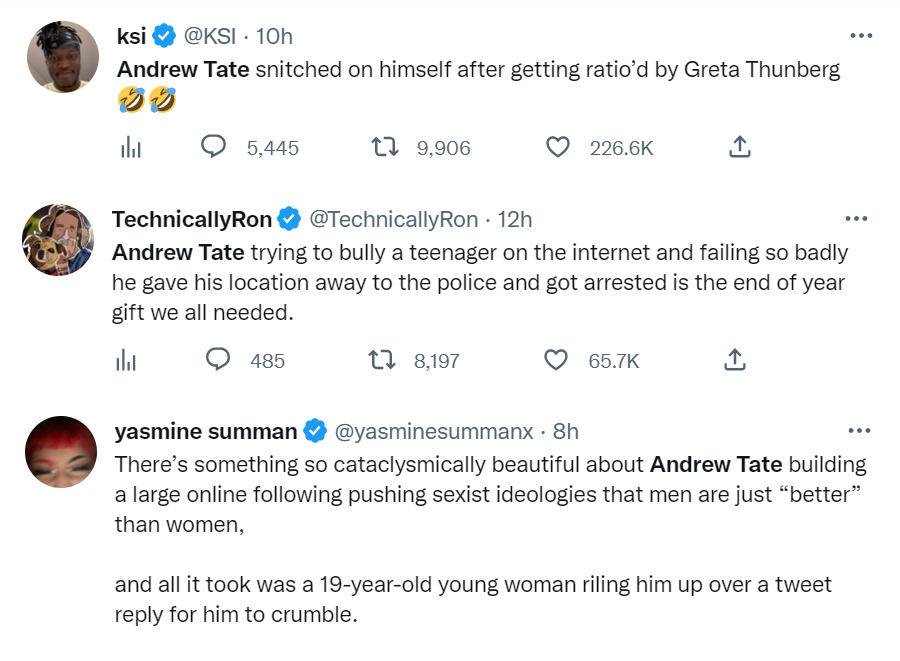 The arrest of Tate has also generated discussion around the proliferation of his controversial views and opinions on social media and other media platforms; however, as of right now, Tate remains an active member on Twitter.

Social360 will be updating our blog with a piece on the social influencer scene in the coming weeks – keep an eye on our blog and social media platforms!

The team at Social360 has deep experience in social media monitoring, managing reputation issues for clients, and acting as communications practitioners, with more than a decade of monitoring know-how. If you need help or have questions, please get in contact at info@s360group.com or by calling +44 208 875 7969 to find out more.