Wednesday 1 July sees an increasingly large and impressive list of multinational companies suspending advertising on Facebook as part of the #StopHateForProfit campaign.

Run by a collection of prominent civil rights groups and endorsed by high-profile advocates, the campaign highlights Facebook’s lack of sanction against hate speech, misinformation and voter collusion and its “repeated failure to meaningfully address the vast proliferation of hate on its platforms”. 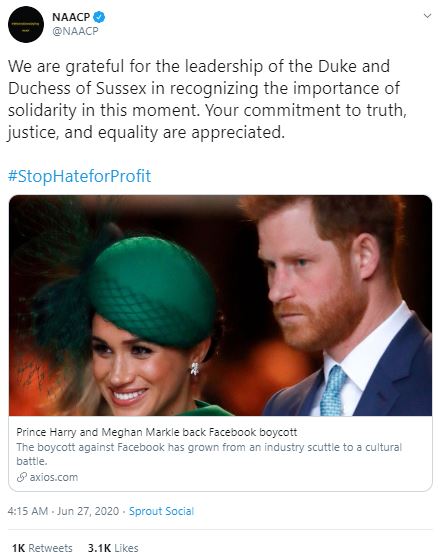 The campaign started when Facebook refused to take any action against incendiary posts (including a few from President Trump) amidst wide-scale unrest following the killing of George Floyd. 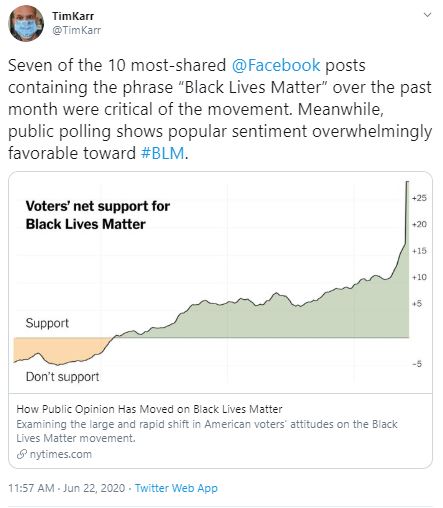 A study launched by the Tech Transparency Group in May also discovered the virulence of white supremacist groups on the social media platform, despite Facebook’s pledges that it does not tolerate such activities. The study calls the coronavirus pandemic and resulting isolation a “fertile ground” for recruitment into such factions, with Facebook’s echo chamber technology making it easier for white supremacists to connect with each other.

Last year, Facebook generated 99% of its revenues from advertising – just under $70bn. A hit to those levels of income is likely to see the platform suffer. At this stage, over 160 organisations have pledged to stop their advertising for a month. When Unilever announced their boycott last week – adding they will not be advertising for the rest of 2020 – Facebook’s share price fell by 8% in one day. 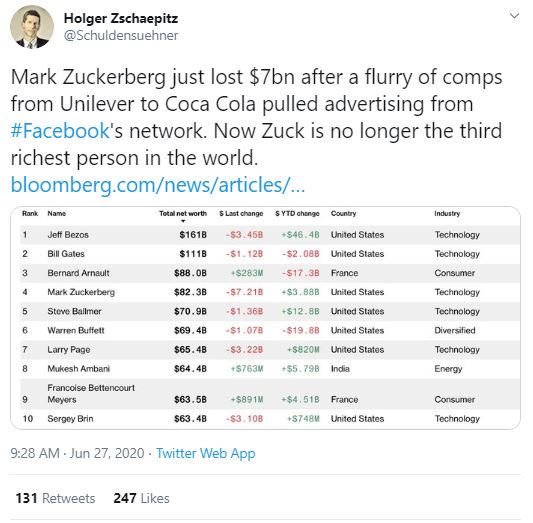 Medium describes the boycott as an “existential” threat to the social media giant, examining data on the effectiveness of Facebook advertising and speculating that the real threat of the campaign is “If the customer stops for a minute, they’ll notice that sales don’t change. And then they’ll never come back.” The outcome for advertisers will be simple – absolute clarity in how effective their spend is as they compare sales with and without Facebook advertising.

With companies moving into a recovery mode as the sanctions around Covid-19 ease for consumers, expenditure is going to be examined at a micro level – ineffective advertising strategies are unlikely to survive. 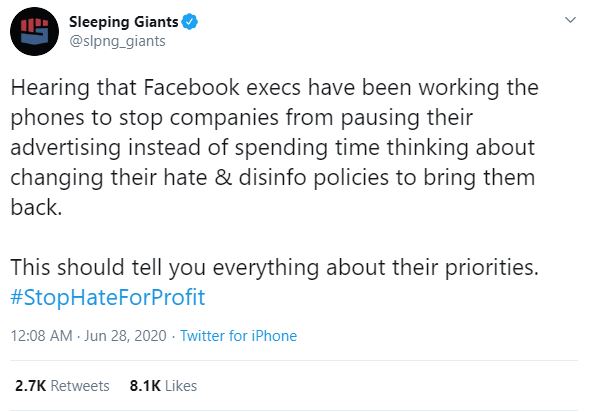 The #StopHateForProfit campaign could be the perfect storm for Facebook. It allows businesses to take a vocal and high-profile standpoint against a widely-criticised and often deeply unpopular social media behemoth. And in doing so, the companies in question are fulfilling obligations within their ESG (Environmental, Social, Governance) framework.

The coronavirus pandemic brought about a heightened awareness of how corporates should be behaving regarding their employees, their customers and their shareholders. This awareness was the continuation of a trajectory being set by ESG and an increased demand by stakeholders that companies be accountable in terms of their actions on a local and global stage. 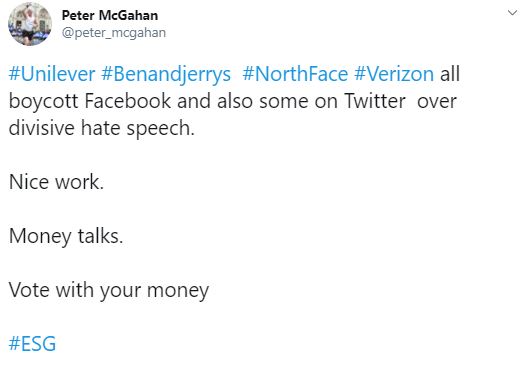 How the #StopHateForProfit campaign affects a company’s public perception is up for debate. Influential Twitter users differ in their opinion, one describing the boycott as “what real corporate responsibility looks like” while another adds “… a lot of brands jumping on the #StopHateForProfit bandwagon may just be using this opportunity to get PR for themselves”.

And it is likely that the reality is somewhere in between both ends of the spectrum. Companies are taking a stance against hate speech and racist posts and organisations, standing up to Facebook and urging them to go further in banning this content. The outcome of this stance appeals to their own corporate social agenda, at the forefront of shareholder and investor scrutiny.

Facebook is the platform everyone loves to hate, and the impact of the campaign and boycott will roll on for more than the month of July.