COP26 – The good and the bad: a social media sentiment analysis

The objective of COP26 is to form consensus on action towards what is arguably now one of the most pressing issues for the planet: human impact on our environment.

Using Social360 machine learning technology, we analysed social media data to review how globally spread conversation surrounding the conference was, who the key figures in social commentary were, and whether sentiment towards the event was echoed by those who contributed.

Tracking mentions COP26 over the full duration of the event, from 31st October to 12th November, we identified over 1.5 million global social media posts, with a peak of 216,665 mentions being shared on Tuesday 2nd November. As is clear from the graph below, volumes heavily dip on Sunday 7th November due to the organized rest day ahead of the second week of negotiations. 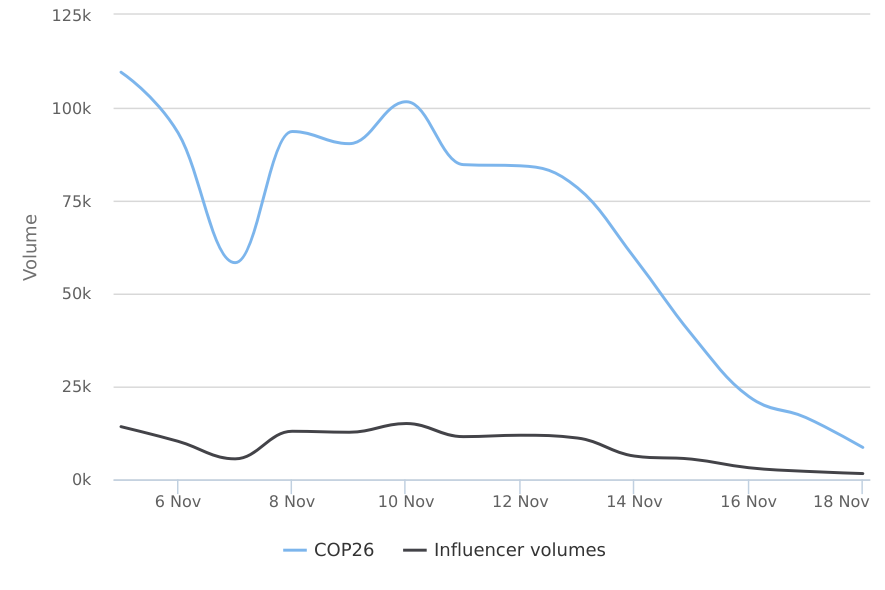 In terms of reach, the UN’s Climate Change Conference was globally discussed, as expected, with European countries contributing to a little over 50% of conversations, seeing The UK provide the majority of updates. The Americas (North and South) collectively offer just over 20%, with Asia and Australasia contributing 10% of total conversation surrounding COP26. 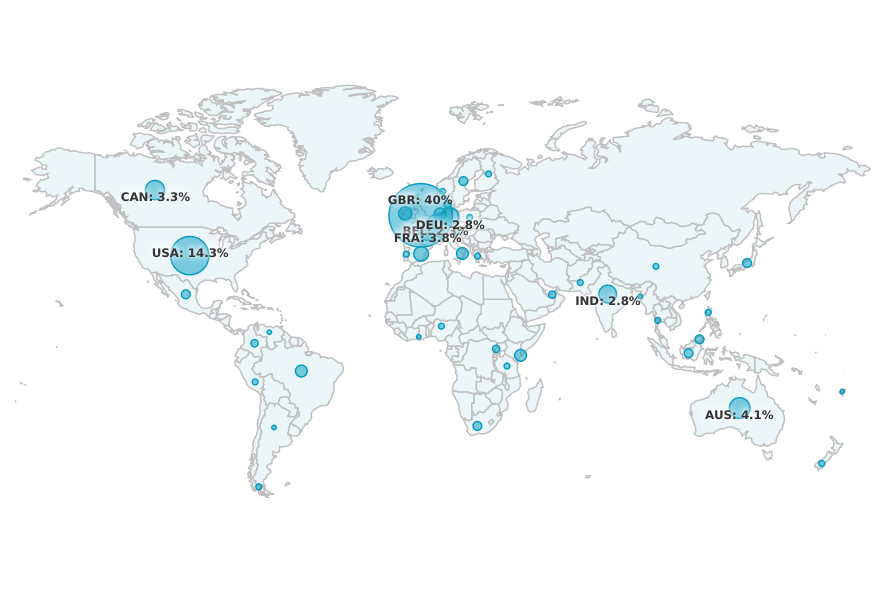 Focusing on a selection of countries within the G20, we employed Social360’s machine learning sentiment analysis tool to better understand the reaction towards country-specific output during the conference. Whilst COP26 is purported to enforce a global consensus in mitigating climate change, it is clear that overall sentiment towards action remains largely mixed.

There was a swell of support as other nations pledge to financially support South Africa in its quest to reduce reliance on coal, despite offering limited support for quitting coal, cutting methane emissions or ending deforestation on its own accord. Negative sentiment, however, is aimed in the direction of China and Russia for refusing to attend proceedings, with Reuters (147+ retweets, 90.8k+ views) circulating a clip of former President, Barack Obama at COP26, adding “former U.S. President Barack Obama criticized China and Russia for their ‘lack of urgency’ in curbing emissions”. 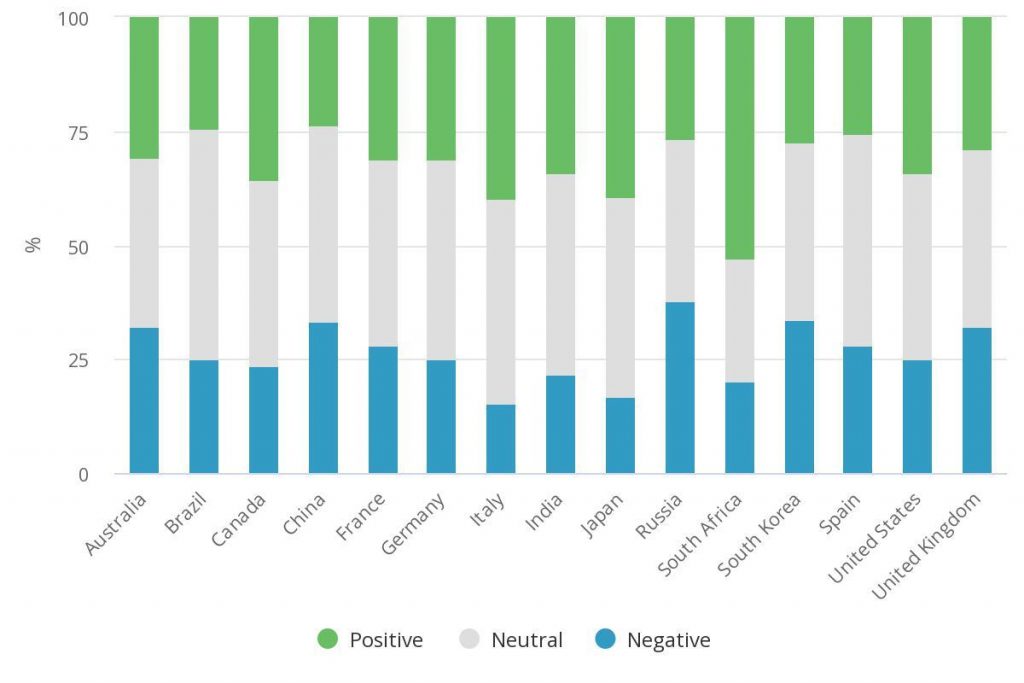 Social media sentiment towards key countries in relation to COP26

In a speech at #COP26, former U.S. President Barack Obama criticized China and Russia for their ‘lack of urgency’ in curbing emissions https://t.co/SxytmA6omB pic.twitter.com/RAEelVm4OR

A driving force behind the volumes comes from renowned commentators, with more than 10% of volumes stemming from influential profiles. Influencer mentions peaked on Monday 1st November, with strong output resulting from reports of leader addresses to the summit.

CNN (552+ retweets) notes “President Joe Biden apologized to world leaders at the COP26 summit for actions taken by the Trump administration in pulling out of the Paris Climate Accord”, seeing a number of mixed responses from its audience, with many responding with positive sentiment towards the President’s message, such as one user who wrote “Real leadership right there”,  whilst another replied “Imagine thinking we’re to blame for global climate change and that paying more tax dollars will fix it”.

Among other influential commentators, international organisations WWF (9.4%), World Bank Group (5.9%) and Food and Agriculture Organization (5.9%) were among the most prolific accounts to post on the subject of COP26, updating across numerous languages for the duration of the event. In one update, using the COP26 hashtag, WWF states that “Cities are experiencing the #ClimateCrisis, recording high temperatures, rising sea levels & climate disasters. The good news? Cities around the world are turning to nature to tackle #ClimateChange”, alongside its video demonstrating urban solutions to climate change issues, which saw 2.6k+ views and 63+ retweets.

With all eyes on the #COP26 climate talks this week, how much change in GHG emissions do we need to see to limit global warming to 1.5 or 2 degrees? ?️

Both influencer volumes and general social media participation largely declines as the event goes on. The below graphs display that not only is there a lesser volume of posts relating to COP26 on 12th November (right), compared with those posted on 31st October (left), but there is also a noticeable decrease in interaction with those posts. The four strongest posts on the first day of the event garnered a total of 112.6k+ reactions, whereas the four most popular mentions on the final day only saw 67.4k+ interactions.

Top posts for reaction and engagement - 31 October and 12 November

Most used keywords and phrases

When looking at the most used phrases at COP26, it is clear the speeches given by world leaders and key figures generated spikes in volumes, with a large proportion of these phrases being nation and entity centric, or generalised phrases linked with climate change. One such example again comes from CNN (281+ retweets), circulating a video interview with UK Prime Minister, Boris Johnson, posting “UK Prime Minister Boris Johnson struggled to explain his decision not to wear a mask while sitting next to 95-year-old environmentalist David Attenborough as he tried to put a positive spin on this week’s COP26 climate summit”, an issue further shared by BBC News (479+ shares), Sky News (367+ shares) and a number of other outlets. 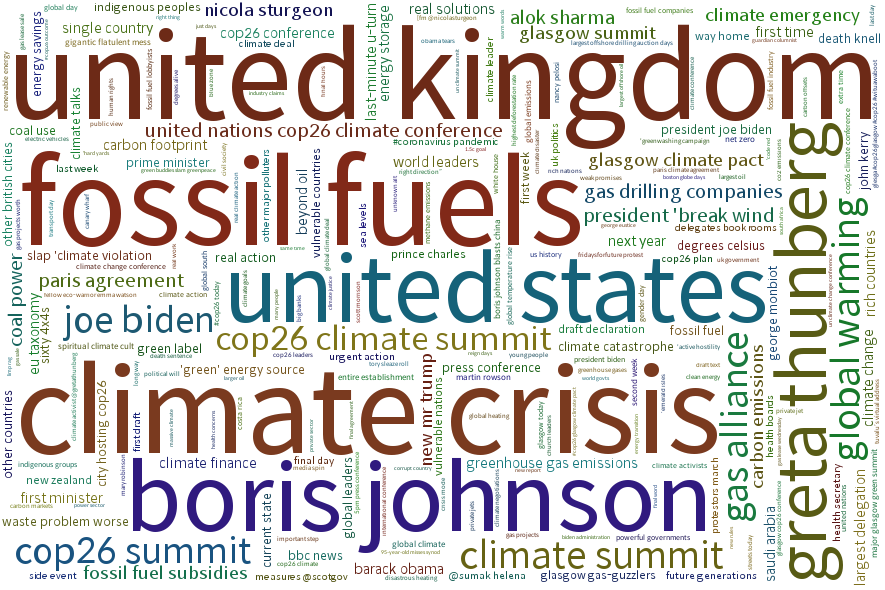 Most posted phrases in relation to COP26

It would appear then, that whilst this internationally organized event has a global reach, there are still corners of the world that are not actively involved in the online debate as others. Combined with limited unanimity on the content and conclusion of COP26 and a clear link between the length of the event and waning interest in the topics discussed, it could be said that there is much more to achieve in order to come to a clear agreement ahead of future conferences.

By utilising and analysing social media data, Social360 can provide real time and historical analysis of social media trends affecting corporate reputation. If you need help in this area, or have questions or enquiries, please get in contact at info@s360group.com or by calling +44 208 875 7969. 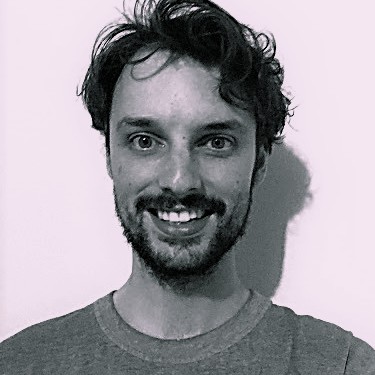