Since Elon Musk completed his $44 billion acquisition of Twitter last month, he has failed to ease concerns that the platform will be overrun by misinformation and hate speech.

Add to that mass redundancy, including many senior managers, a backlash against the fee for ‘blue tick’ verification, and reports of Musk considering putting all of Twitter behind a paywall; it’s no surprise that some Twitter users have sought out other social media platforms.

A popular alternative is Mastodon, which now has an estimated 4.5 million accounts and 1.2 million active users. Twitter’s “heavy tweeters” — who make up less than 10% of users but post 90% of the platform’s tweets — have been disappearing from the site, says an internal company research report according to Reuters. While it is unclear if overall user numbers at Twitter have started to decline due to the backlash, hundreds of thousands of users have joined Mastadon since Musk took over.

What does this mean for the future of Twitter? They haven’t published official new user data yet, so it’s hard to tell if there has been a dramatic decline since Musk took over. According to our data, there is a marked spike in the volume of commentary on Twitter about Mastadon. Suggesting it is clearly on the radar of Twitter users. 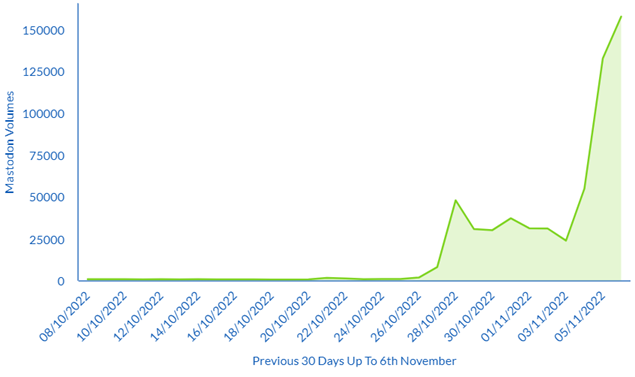 Mastodon is a decentralized, open-source network that, according to its website, comes without an algorithm or ads and doesn’t sell user data. Its website describes itself as “radically different social media, back in the hands of the people.” But is it an easy replacement for Twitter? User reports show the network isn’t without problems. Set up is complicated, and its rapid growth in popularity has caught the development team a bit by surprise.

Twitter is a single social network, meaning people sign up for and share content only on Twitter. Mastodon is a federated platform, meaning it is a collection of social networks or servers (they call them “instances”), essentially mini networks or communities that link together and are owned by different people or groups. Typically these communities (or Instances) are crowdfunded and not without the risk of running out of money and needing to shut down.

Although Mastodon perceptibly resembles Twitter, its user experience is more like Discord, a talking and texting app where people join “servers” with their own cultures and rules. Unlike Twitter and Discord, Mastodon cannot make its users or those who create servers do anything. That includes establishing content moderation or guidelines.

Can Mastadon replace Twitter? I think the jury is still out. Mastodon would require much more momentum than we see now, but it’s a strong start. It would also need to overcome the complicated setup, creating something easier to use to attract the masses. Twitter itself might be a factor in the transition, depending on how it develops from here, but we’re paying close attention as spikes in conversation volume on any platform are hard to ignore. 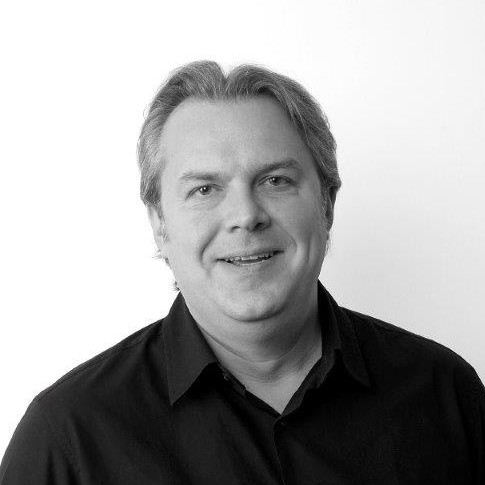